Patrick Mahomes Went Off On Sunday

Sunday’s win over the lowly Houston Texans was a weird one for Patrick Mahomes and his Kansas City Chiefs.  The Chiefs needed overtime to secure the win despite outpassing Houston by 313 yards o 125 yards and outgaining them in total offense by 502 yards to just 219 yards. Normally when you have over double the offensive output of the opposition, an easy win would be expected, but for some reason, this game didn’t work out that way. Thankfully for Chiefs fans, the greatness of Mahomes eventually carried them home. 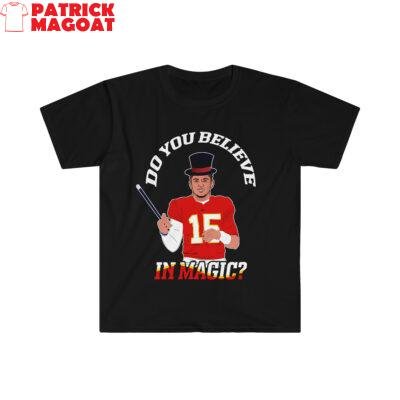 Penalties killed the Chiefs on Sunday. They had 10 for 102 yards, compared to just four for 33 yards for the Texans. This kept Houston in the game despite the Chiefs having a relatively even -1 turnover differential on the day. Neither of those turnovers came from Mahomes as he rebounded from one of the worst games of his professional career one week ago against the Denver Broncos to remind everyone why he should still be the front-runner for the 2022 NFL MVP award.

Mahomes was unreal against Houston, especially down the stretch. His 36-of-41 passing performance meant that he completed 87.8% of his passes. He tossed two passes for touchdowns, didn’t throw an interception, and ran for a rushing touchdown in the fourth quarter.

Digging deeper, Mahomes completed his last 19 passes in a row as he carried the Chiefs to a win. This Tweet from the folks over at Next Gen Stats shows just how ridiculous this streak was in the context of the game and the difficult throws that Mahomes had to make.

Patrick Mahomes completed a season-high +10.3% of his passes over expected in Week 15, including 19-straight completions to end the game.

The chances of Mahomes' completion streak — based on the difficulty of each throw — was just 0.8%. #KCvsHOU | #ChiefsKingdom pic.twitter.com/5b7KRheQjd

Mahomes continues to work the ball all over the field> Mecole Hardman is certainly missed for his speed. Still, the combination of tight end Travis Kelce and running back Jerick McKinnon catching short passes in space and making huge gains is causing fits for the Chiefs’ opponents. McKinnon had eight catches for 70 yards and a touchdown – he also scored the walk-off touchdown in overtime on a running play – and if Mahomes can work the ball a little further downfield at times, it is hard to work out how this offense could be stopped.

That is just picking at faults for the sake of it. Mahomes leads the league in passing yards at a shade under 4,500 yards and also in passing touchdowns with 35. If he plays like this for the rest of the year, then an MVP award is surely in his immediate future.

Patrick Mahomes passed the 5,000-yard plateau for the second time in his career on Sunday as the Kansas City Chiefs beat the Denver Bro...

END_OF_DOCUMENT_TOKEN_TO_BE_REPLACED

The standards Patrick Mahomes and the Kansas City Chiefs have set over the last half a decade are verging on ridiculous. Watching the C...