The standards Patrick Mahomes and the Kansas City Chiefs have set over the last half a decade are verging on ridiculous. Watching the Chiefs beat the Los Angeles Rams on Sunday in the late afternoon slot was another example of how Mahomes, Andy Reid, and the rest of the team have set a standard that the rest of the NFL struggles to match.

The Rams are the reigning Super Bowl champions. After the defeat at Arrowhead, they are 3-8 and will miss the playoffs this season. The Chiefs won the Superbowl in 2019, went back to the Super Bowl in 2020, lost in the AFC Championship Game in 2021, and look like the best team in the AFC – if not the entire league – again in 2022. That is remarkable.

There are many reasons for this, but chief among them is Mahomes and his greatness. At this point, he is first overall in everything that matters statistically as a quarterback after 75 games. His greatness is getting to the point that it has no peers, and it is why a 26-10 victory over the team that hoisted the Lombardi Trophy in February can be picked apart to the point that it feels disappointing. 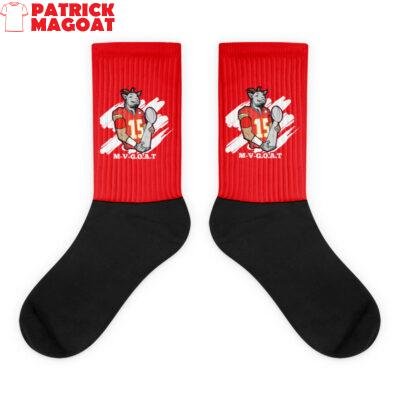 The Chiefs had 39 first downs on Sunday afternoon. This is the second-most first downs that the Chiefs have put up in a game this season, and the 437 yards of offense was more than when they scored 41 points on the Bucs in Week 4. basically, with that yardage total and that many first downs, the Chiefs should have scored more points.

The Chiefs had all but one possession reach the Rams’ red zone. Mahomes and co. are a great red zone team – they have Travis Kelce, who is as good inside the opposition 20 as anyone, and Reid has a playbook that never seems to run out of options near the goal line – but for some reason, none of this clicked yesterday.

One touchdown, four field goals, and one interception is not the red zone output that the Chiefs and their fans are used to. The interception was an ugly one – the kind Mahomes rarely throws – but it ended up not hurting this weekend because of a combination of the poor play of the Rams – they looked lost with a host of injuries, including to starting quarterback Matt Stafford – and inspired play by the Chiefs’ much-improved defense.

Reid will have the Chiefs ready to go in the red zone next time in what should be a thrilling matchup with the Cincinnati Bengals that will tell us plenty about each team with the playoffs hurtling toward us. For Chiefs fans, there is one line to take from Mahomes’ presser that is very interesting:

“I got to taje out like the one dumb play I make every game”.

Mahomes is already great, and I would argue that there are plenty of games where not even one dumb play happens. The fact that he is so self-critical and so driven to play the perfect game to help the team win is another reason the MaGoat is a prime MVP candidate and that the Chiefs are a Super Bowl favorite.

Patrick Mahomes passed the 5,000-yard plateau for the second time in his career on Sunday as the Kansas City Chiefs beat the Denver Bro...

END_OF_DOCUMENT_TOKEN_TO_BE_REPLACED

Patrick Mahomes Went Off On Sunday

Sunday's win over the lowly Houston Texans was a weird one for Patrick Mahomes and his Kansas City Chiefs.  The Chiefs needed overtime ...

END_OF_DOCUMENT_TOKEN_TO_BE_REPLACED

The Kansas City Chiefs Are The Best Team In The NFL